The Revelation of Jesus Christ, A Greek Drama

The most exciting way to study the book of Revelation is to experience what is written rather than analyzing it.

First one needs to understand some of the unique features of a Greek theater. It is not simply a one stage theater as we might think of today. A Greek theater had several areas where presentations were made. There is a semi-circular area in front of a building. The semi-circular area may have a moat around it, and the building may have multiple stories and stages.

Look at the visual words in verses 1 and 2: the Revelation of Jesus Christ is to show his servants, and John is recording the testimony of things he saw. The Revelation was seen and is to be seen. So without any intention of making light of scripture, imagine if you were to watch the book of revelation, even as one would watch a theatrical play or even a television drama unfold.

To overview how the Revelation looks like a Greek drama, there are seven acts/episodes, seven scenes/skenes within each act, and preludes (introductions), interludes (intermissions) and postludes (conclusions) scattered throughout the acts and scenes. Preludes, interludes and postludes allow time for props and actors to get in place, or explain what one has seen or will see but are also important parts of the presentation.

In the very center of the "orchastra pit" area, representing heaven is the throne of God; around the throne will gather, the four beasts/creatures representing created life; twenty four elders representing twelve tibes of Israel and twelve apostles, and additional actors representing angels and followers of Christ across the ages. Until there is an innumerable crowd worshipping God.

All other areas are "outside heaven": the world and other spiritual realms. Occassionally actors will move between heaven and areas outside heaven, for example angels who are sent out on various task, and and followers of God who are allowed to enter.

The seating area is a simi-circle around the stage. The stage has a the flat semi-circular area in front of the audience (modern day orchastra pit) is the Chorus and Throne area; the platform stage (where we might think of acting taking place) is in front of the windowed structure; the windowed structure is where the skenes (pictures or scenes of what is described) are presented. The drama begins with John speaking from the stage, Christ and the throne of God are in the center of the chorus area surrounded by various chorus characters. 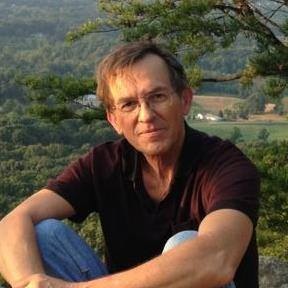